This guide aims to help beginners quickly and thoroughly understanding the major microphone types and specifications in one place.

In the past 4 weeks, I read over 160 articles, studied 3 books about microphones, and even personally tested more than 21 microphones.

If you intend to master the essential basic knowledge about microphones, you are in the right place. 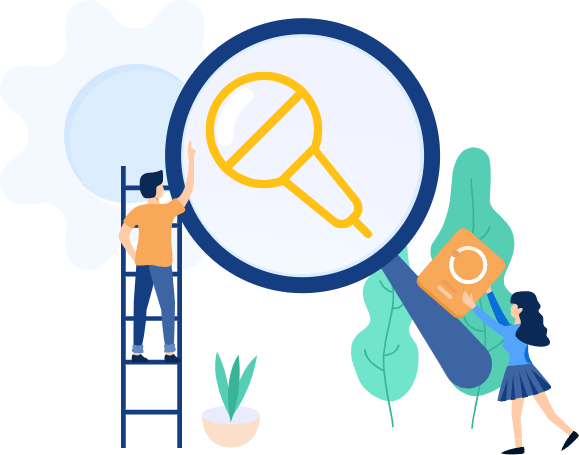 Before dive in, let’s first simply understand the definition of a microphone.

1. What is a microphone?

A microphone, briefly named a mic, is technically a transducer that transforms acoustic energy into electrical signals for recording or transmitting sound. 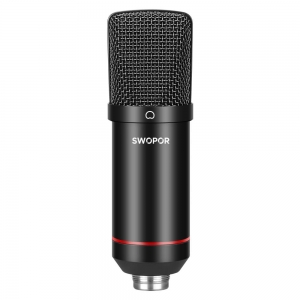 You only need to study two of the most prevailing types of microphones in the current mainstream market. They are condenser and dynamic microphones, categorized according to different principles of acoustoelectric transformation.

Explore below to know about what they are, how they work, as well as their divisions and features. 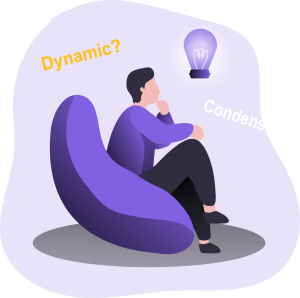 2. What is a condenser microphone? 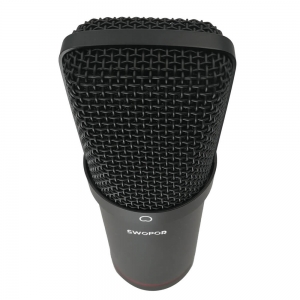 3. How does the condenser microphone work?

The principle of a condenser microphone is based on the electrostatic field.

An electric field is created inside the polarized capsule. Sound waves strike the diaphragm and causing the changing of its distance from the plate. Then it results in varying capacitance inside the capacitor and produces an electrical signal.

“Q=C*V” is the fundamental formula that explains the principle. Q stands for the magnitude of charge, C stands for capacitance, and V stands for voltage. 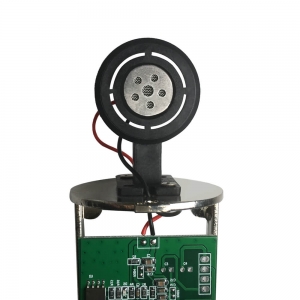 4.What is electret condenser microphone?

5.What are the features of electret microphone? 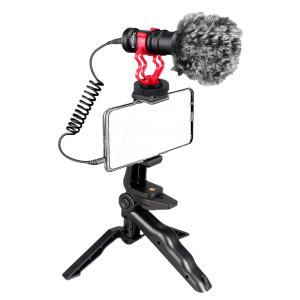 7.What are the different features of SDC and LDC microphones?

8. What is a USB microphone?

A typically professional condenser microphone is produced with 3-pin XLR male output and using an XLR female to XLR male cable for connecting to another device, like audio interface, mixers.

Whereas USB microphone is a mic designed with a USB output connector and cable to connect with the USB port of computers or laptops. This is usually a condenser type of microphone for recording with plug and play feature. 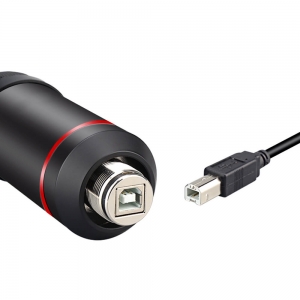 9. What are the features of a USB microphone?

10. What are the advantages of condenser microphones?

11. What are the limitations of condenser microphones?

12. What is a dynamic microphone?

13. How does a dynamic microphone work?

The principle of dynamic microphones is based on electromagnetic induction, like dynamic speakers operate reversely.

Sound waves vibrate the diaphragm.  Then it causes the movement of the electrical conductor through the magnetic field produced by permanent magnets. At last, they form a varying current and generate an electrical signal. 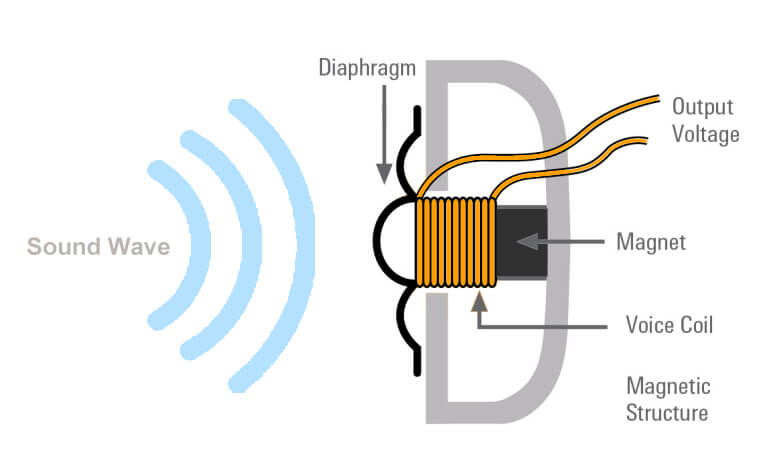 14. What is a wireless microphone?

15. What are the features of a wireless microphone?

The greatest advantage of a wireless microphone is that it allows a much flexible and long-range of movement.

However, a wireless microphone’s operation time is limited based on battery life. And it’s possibly interfered by other wireless devices.

16. What are the advantages of dynamic microphones (moving coil)?

17. What are the limitations of dynamic microphones (moving coil)?

18.What is a ribbon microphone? 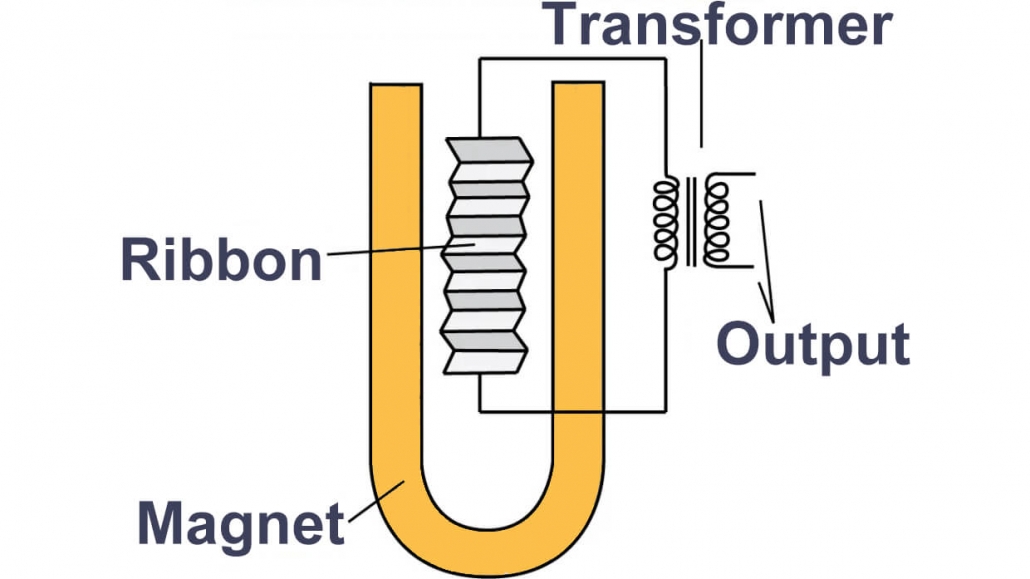 19. What are the features of ribbon microphones?

There are many different specifications associated with microphones.

A good understanding of the specs helps you to theoretically and primitively judge how good a microphone is, and what application scenarios it’s most suitable for. 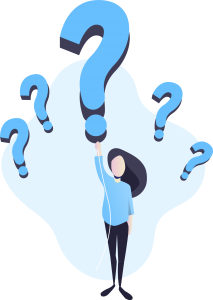 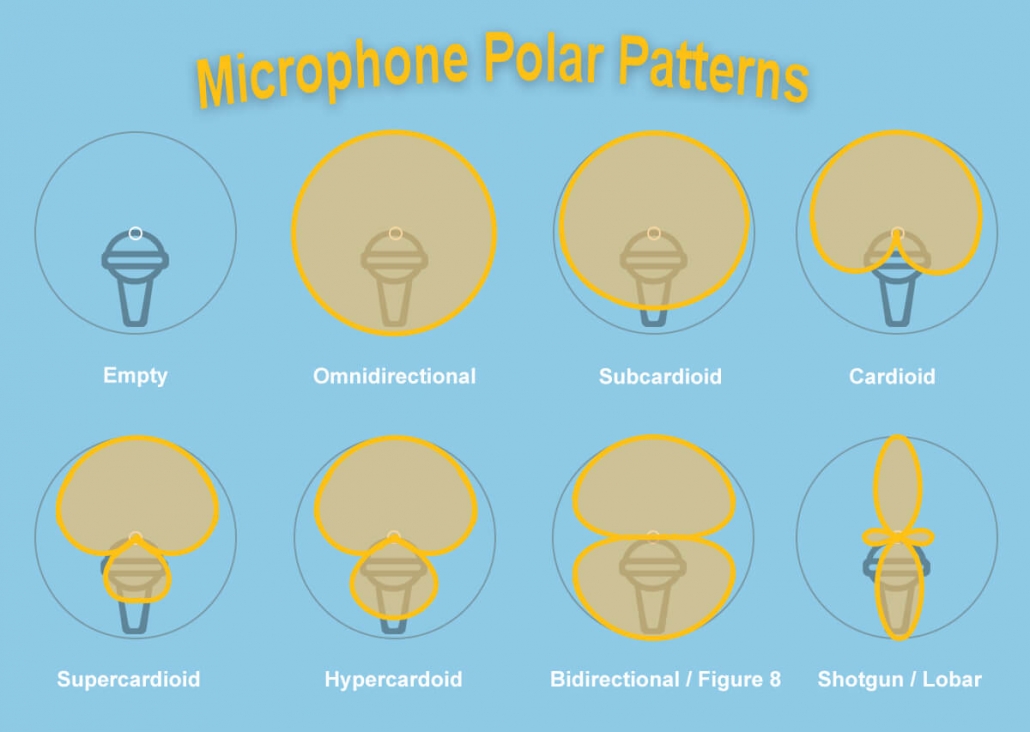 Omnidirectional pattern picks up sound equally around the microphone and has the same sensitivity at all 360-degree angles. So microphones with such pattern no need to be pointed in a fixed direction.

22. what is directional polar pattern?

Microphones with directional patterns are more sensitive to a certain angle, isolate the microphone from ambient sound or noise in certain directions, and reduces feedback.

Cardioid microphone has the maximum sensitivity at the front and minimum from behind and sides. This heart-shaped pattern is the most common directional polar pattern.

Subcardioid is a variation of the cardioid pattern. It’s something like a transition between omnidirectional and cardioid.

Supercardioid is another variation of the cardioid pattern, with narrower directionality at the front, as well as a small sensitivity at the rear.

Hypercardioid pattern is a similar pattern as supercardioid, it offers even narrower sensitivity than supercaidioid at front and rear.

Bidirectional pattern also plainly called figure of eight pattern. It picks up most sound at the front and from the rear evenly, but not the sides. Such polar pattern is typically adopted in ribbon microphones.

The lobar polar pattern is highly directional and most common in shotgun microphones. It has high but narrow sensitivity at the front and much less pickup on the two sides and rear.

Some microphones are multi-pattern designed that can be converted, e.g. from omnidirectional to cardioid, by a switch button. This extra feature makes the microphone versatile for various applications.

30. What is the sampling rate?

Sampling rate or sample rate, describes signal processing. It defines the number of samples taken per second from a continuous-time signal and converted into a sequence of the discrete-time signal. Typically sound waves, analog form, picked up through a microphone and represented as digitals form for use in a computer.

The rate or frequency is measured in hertz (Hz) and commonly expressed in kHz, which equals 1000 Hz. 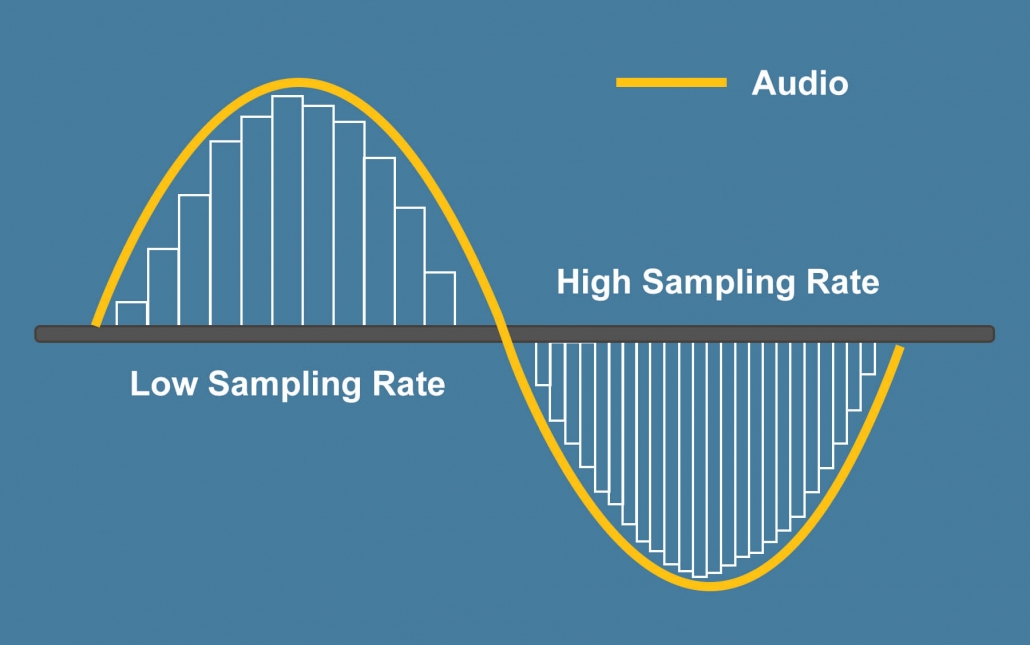 The basic unit of data in the binary digit is called a bit. The higher bits, means more space computer stores. In digital audio, bit depth indicates the resolution of the sound data recorded and stored in an audio file. 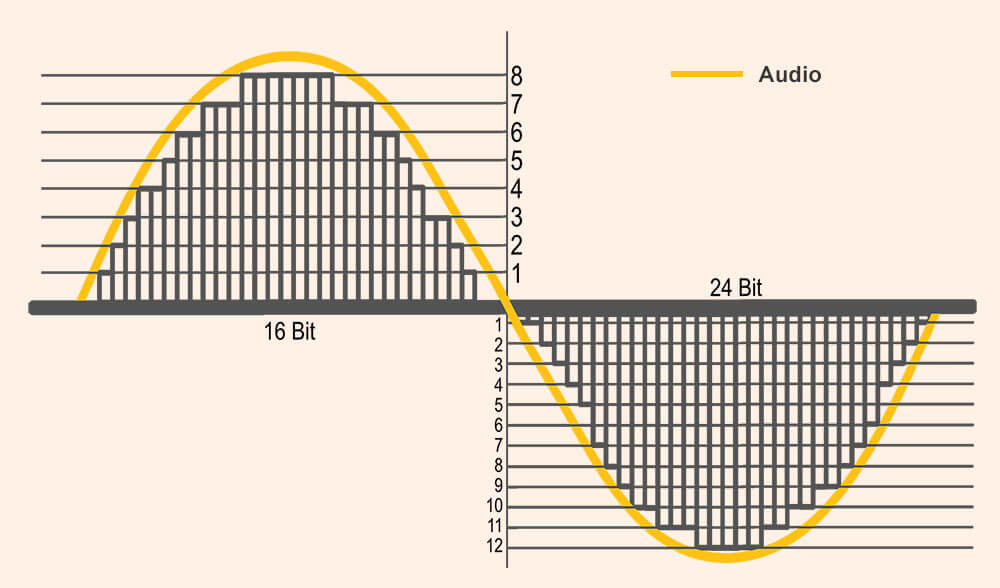 You may be wondering why the rate is so higher than the 20 kHz which is the highest audible frequency by the human ear. The Nyquist-Shannon Sampling Theorem explains this, in order to prevent any loss of information when sampling, the sound has to be sampled at a rate no lower than twice the expected highest frequency.

33. Which sampling rates and bit depths are best?

The higher amount of sampling rate, the more accuracy of the sound reproduction. And the higher bit depth, the more detailed and precise sound stored.

For consumer music applications, 44.1 and 48 kHz are the mainstream. The sample rate for CD-quality audio is 44.1 kHz/16-bit, which is capable of reproducing frequency up to 20.5 kHz for the full range of human hearing.

High definition audios with higher sample rates and bit depth are advantageous for professional audio production applications like recording, mixing, or editing work. Because it ensures better precision. And the higher the bit depth, the larger the dynamic range. For example, a 24-bit depth has a maximum of 144dB, while a 16-bit only has up to 96dB.

Sensitivity indicates the capability of a microphone to convert sound pressure into electric voltage, based on 1 kHz frequency. Simply understand it as the loudness of the sound source that a microphone capable of pick up.

35. Different units of measurement for sensitivity

Sensitivity can be measured by milli-volts (mV) produced per Pascal (Pa), which equals to 94 Decibel (dB) Sound Pressure Level (SPL).

Alternatively, it can be stated in dBV, which means dB relative to 1V per Pa, that is commonly a negative value as signals are weaker than 1V.

36. What numerical value of sensitivity is best?

Microphones with high sensitivity not require much amplification or gain to boost sound loudness to a needed level.

But too high sensitivity may lead to a more limited application of max sound pressure level, since it would be easier to be distorted.

37. What is frequency response?

Frequency describes the number of sound wave signals that pass per second measured in Herz.

And the frequency response defines the sensitivity or output level (dB) of a microphone to the range of frequencies (Hz).

38. What is frequency response curve?

The frequency response is commonly better presented by a graph with a curve. It illustrates how well a microphone responds, specifically captures, processes, and reproduces certain sound frequencies.

The graph shows the relation of the relative output sensitivities in decibels on the y-axis (vertical), to the relative audible frequencies along the x-axis(horizontal).

Flat and shaped response are two common types of frequency responses for microphones, designed based on different purposes. 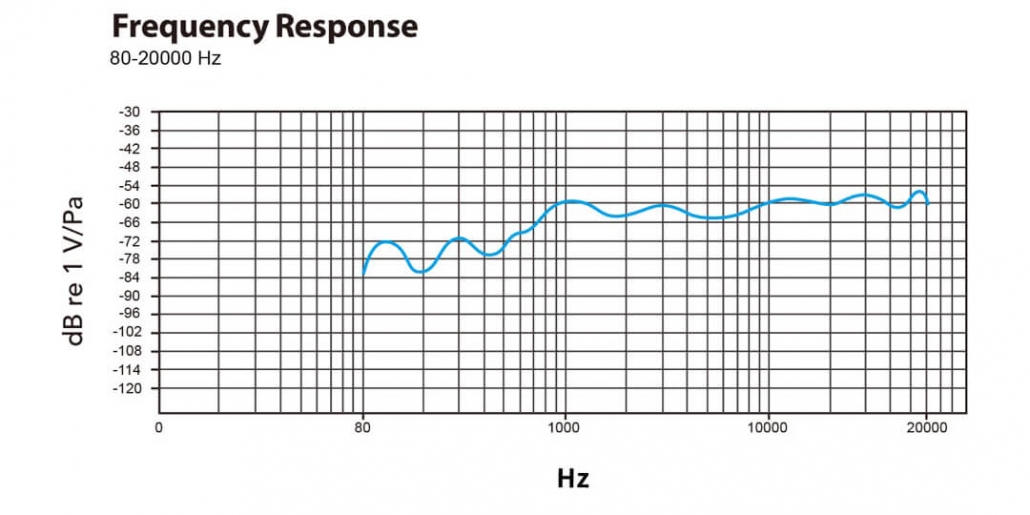 The flat response means evenly sensitive to all frequencies, so its curve is nearly a flat line. Such microphones reproduce the original sound source with almost no fluctuation. It’s desirable for recording the sound of natural musical instruments, but usually less good for voices.

41. What is microphone impedance?

Microphone impedance, measured in ohms (Ω), is the resistance to alternating current when voltage goes across its output connection. More exactly, this refers to microphone output impedance.

42.What is input impedance?

As we introduced previously, the condenser microphone is connected in line with preamplifier and circuitry or other following devices. Input impedance refers to the resistance when the voltage flows into preamplifier, it is also known as load impedance.

43. What numerical value of impedance is best?

44. What is sound pressure?

45. What is the maximum sound pressure level?

Max SPL is the threshold of the highest sound pressure level that the microphone is capable of handling before distortion.

46. What numerical value of SPL is best?

Sound pressure level at about 90 dB can damage the human ear. So theoretically it’s in vain for a microphone to record sound much higher than this number. But in order to avoid the microphone being easily distorted when encounter high sound pressure in some cases, a maximum SPL of over 120 dB, would be safe. 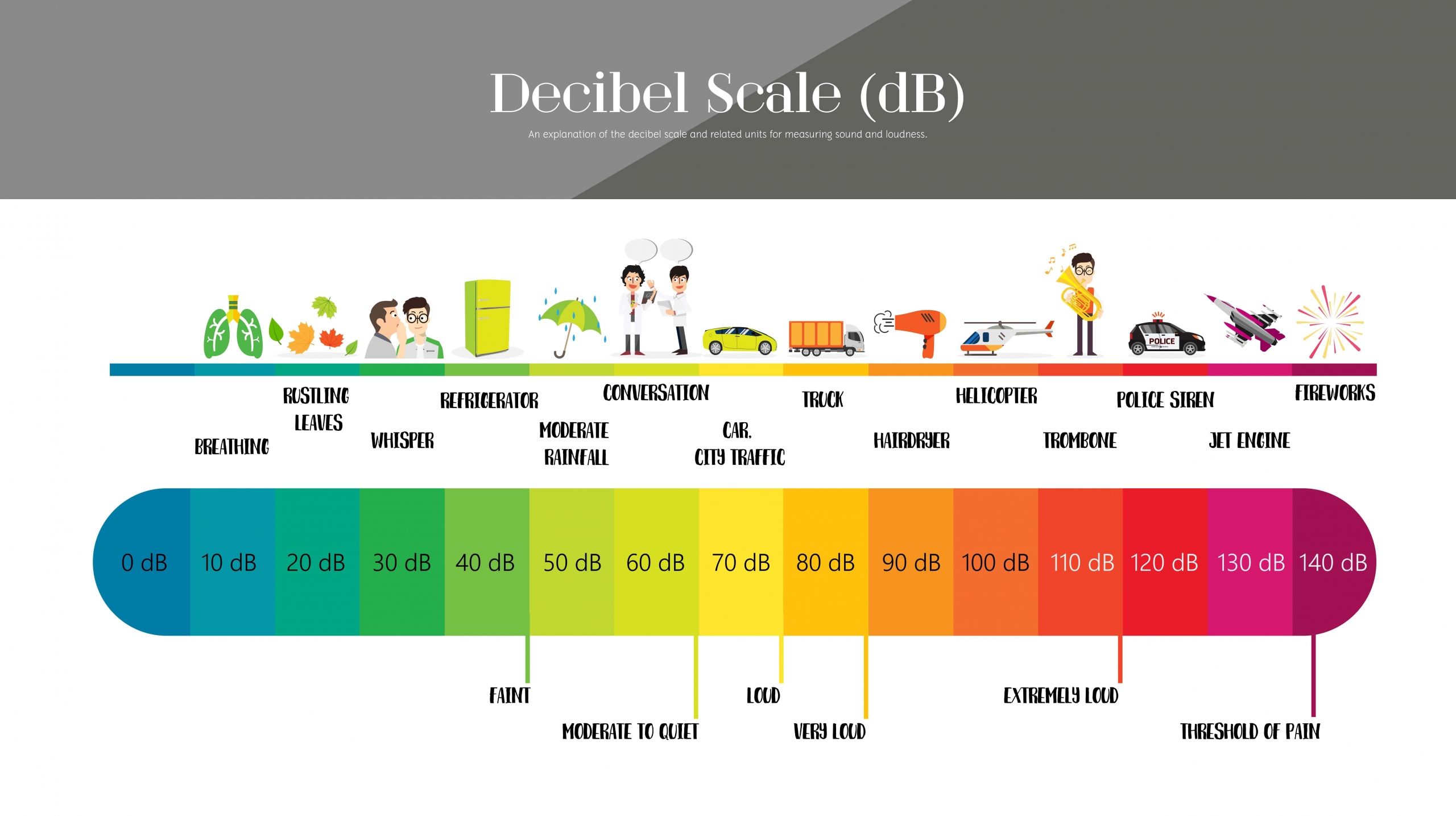 47.What is the equivalent noise level?

Equivalent noise level indicates the self noise of a microphone produced by itself, this is commonly seen in condenser microphones. It’s measured in dB-A. The “A” stands for A-weighting, which refers to the loudness of air vibration relative to human perception.

48.What numerical value of equivalent noise level is best?

No one can tolerate a microphone with much noise, especially in professional usage like studio recording, while noise can not be controlled as low as zero. So what makes a good equivalent noise level?

49. What is the signal to noise ratio?

In audio communications, the signal-to-noise ratio (abbreviated as S/N, or SNR) indicates the level of the audio signal relative to unwanted noise, measured by decibels (dB).

As explained in sensitivity, “pickup” level of the microphone is at 94 dB SPL per Pascal (Pa).

50.What numerical value of SNR is best?

51.What is total harmonic distortion?

Total harmonic distortion (THD) measures the distortion in an audio signal due to harmonics.

It is the ratio between the total values of all the harmonic frequencies to the fundamental frequency, expressed as a percentage.

52. What numerical value of THD is best?

The lower the THD figure, the less the distortion in microphone output and the more accurate audio reproduction.

When measuring a microphone’s maximum sound pressure level, the typical threshold is 1% THD.

A total harmonic distortion (THD) of below 0.5%, is hardly audible.

Here is a typical specification of a professional condenser microphone for recording, take SWOPOR UMK009 for example:

There are various types, different features, and overwhelmed many specifications about microphones. It’s of vital importance for beginners to acquire the basic knowledge in order to understanding, choosing, and using microphones properly.

With this simplified and all-in-one guide, we hope there is no more confusion about microphones for anyone who begins to build their home studio or other purposes with microphones. 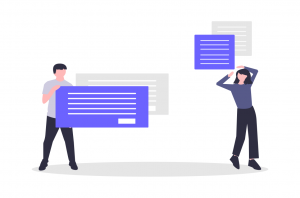 The last comment and 1 other comment(s) need to be approved.
0 replies

Want to join the discussion?
Feel free to contribute!